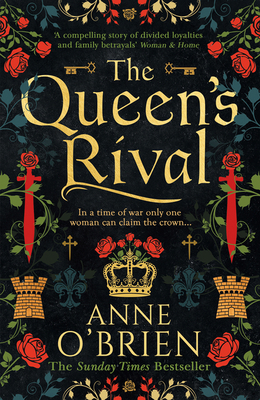 The forgotten story of Cecily Neville, Duchess of York. A strong woman who claimed the throne for her family in a time of war...

The Wars of the Roses storm through the country, and Cecily Neville, Duchess of York, plots to topple the weak-minded King Henry VI from the throne.

But when the Yorkists are defeated at the battle of Ludford Bridge, Cecily's family flee and abandon her to face a marauding Lancastrian army on her own.

Stripped of her lands and imprisoned in Tonbridge Castle, the Duchess begins to spin a web of deceit. One that will eventually lead to treason, to the fall of King Henry VI, and to her eldest son being crowned King Edward IV.

'This thrilling historical novel has it all - high politics, drama, emotion, excellent writing ... It's a rollercoaster of a read' Carol McGrath

Anne O'Brien was born in the West Riding of Yorkshire. After gaining a BA Honours degree in History at Manchester University and a Master's in Education at Hull, she lived in the East Riding for many years as a teacher of history.She now lives with her husband in an eighteenth-century timber-framed cottage in depths of the Welsh Marches in Herefordshire on the borders between England and Wales.