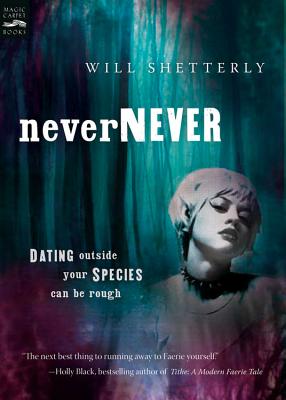 
Not on our shelves. Usually ships in 2-5 days.
Growing up is hard to do . . . especially if, like Ron, you've been cursed (blessed?) and changed into a half wolf/half human. But though he may look strange, there is nothing weird about his loyalty to his newfound friends, or in his attempts to stay true to himself in the deadly, shifting world of Bordertown.

WILL SHETTERLY is the author of nine novels and numerous short stories, comic books, and screenplays. His American magical-realist novel Dogland was called "a masterwork" on National Public Radio. He lives in Bisbee, Arizona.

"Shetterly has just enough distance from his hero to shape [his] troubled journey with skill and conviction, too little distance to patronize."--The Village Voice Literary Supplement

"Breaks ground that other writers will certainly try to cultivate."--Minneapolis Star Tribune

"Sometimes violent and profane, yet beautifully written . . . Not for the weak of heart, but a book for the adventurous soul."--The New Advocate
—