Secrets of the Human Body (Paperback) 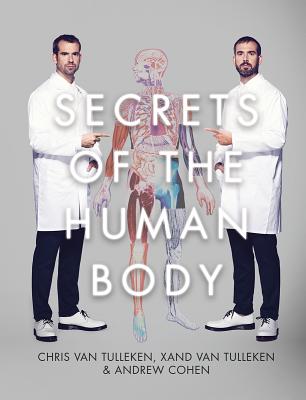 Secrets of the Human Body (Paperback)

An exciting visual guide to the unseen and unknown wonders of the human body.

206 bones. Ten fingers. Two eyes. One heart. We may think we know the human body, but it turns to hold a lot of surprises.

Published to coincide with a major new prime time BBC series, this specially commissioned book combines cutting-edge science with cutting-edge technology to present the human body as we've never seen before. Pioneering specialist photography and digital effects allow readers to catch a tantalizing glimpse beneath our skin, leading to wondrous discovery of the secrets that make every ordinary human body ... extraordinary.

What makes tears of joy different from tears of sadness? Why is a gut feeling so much smarter than you think? And why is 90 percent of you not even human?

We may think we know the human body -- heart, lungs, brain and bones -- but it's time we think again. The human body is full of extraordinary mysteries that science is only just beginning to understand. This exciting book -- packed front to back with color photographs and illustrations, clear text, cut-away drawings, fascinating facts, stories of the latest and most exciting medical discoveries -- turns our knowledge of the human body on its head. It leads us through all of the revelations revealed by the latest technology and the stories of everyday miracles.

Chris van Tulleken and Xand van Tulleken are doctors active at the forefront of HIV research, medicine in war zones and the Ebola epidemic. Chris van Tulleken has worked on many programs, including Trust Me, I'm a Doctor; Cloud Lab; Museum of Life; and Blizzard: Race to the Pole. Xand van Tulleken has presented numerous shows for the BBC and Channel 4, and has contributed medical analysis on CNN, BBC, Al Jazeera English and Al Jazeera America, MSNBC, and Fox 5 New York among others. Andrew Cohen is Head of the BBC Science Unit and the Executive Producer of the BBC series Secrets of the Human Body. He has been responsible for a wide range of science documentaries including Horizon; the Wonders trilogy; Stargazing Live and Human Universe.