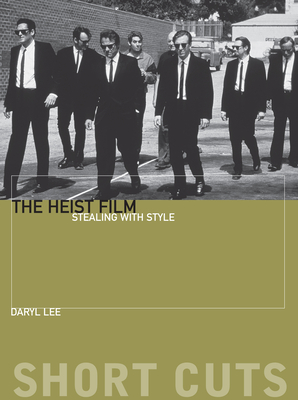 A concise introduction to the genre about that one last big score, The Heist Film: Stealing With Style traces this crime thriller's development as both a dramatic and comic vehicle growing out of film noir (Criss Cross, The Killers, The Asphalt Jungle), mutating into sleek capers in the 1960s (Ocean's Eleven, Gambit, How to Steal a Million) and splashing across screens in the 2000s in remake after remake (The Thomas Crown Affair, The Italian Job, The Good Thief). Built around a series of case studies (Rififi, Bob le Flambeur, The Killing, The Lavender Hill Mob, The Getaway, the Ocean's trilogy), this volume explores why directors of such varied backgrounds, from studio regulars (Siodmak, Crichton, Siegel, Walsh and Wise) to independents (Anderson, Fuller, Kubrick, Ritchie and Soderbergh), are so drawn to this popular genre.
Daryl Lee is Associate Professor of French at Brigham Young University where he teaches courses on nineteenth-century French lyric poetry, the city, and urban culture in film, literature, and film theory.