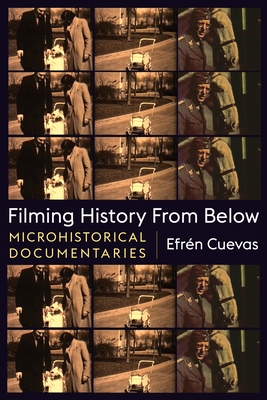 Traditional historical documentaries strive to project a sense of objectivity, producing a top-down view of history that focuses on public events and personalities. In recent decades, in line with historiographical trends advocating "history from below," a different type of historical documentary has emerged, focusing on tightly circumscribed subjects, personal archives, and first-person perspectives. Efr n Cuevas categorizes these films as "microhistorical documentaries" and examines how they push cinema's capacity as a producer of historical knowledge in new directions. Cuevas pinpoints the key features of these documentaries, identifying their parallels with written microhistory: a reduced scale of observation, a central role given to human agency, a conjectural approach to the use of archival sources, and a reliance on narrative structures. Microhistorical documentaries also use tools specific to film to underscore the affective dimension of historical narratives, often incorporating autobiographical and essayistic perspectives, and highlighting the role of the protagonists' personal memories in the reconstruction of the past. These films generally draw from family archives, with an emphasis on snapshots and home movies. Filming History from Below examines works including P ter Forg cs's films dealing with the Holocaust such as The Maelstrom and Free Fall; documentaries about the Israeli-Palestinian conflict; Rithy Panh's work on the Cambodian genocide; films about the internment of Japanese Americans during the Second World War such as A Family Gathering and History and Memory; and Jonas Mekas's chronicle of migration in his diary film Lost, Lost, Lost.