Christians and Pagans: The Conversion of Britain from Alban to Bede (Hardcover) 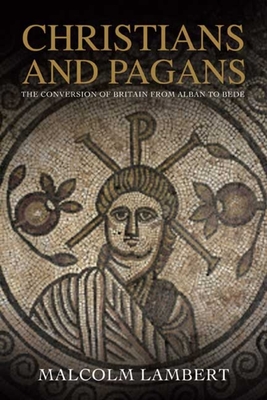 Christians and Pagans: The Conversion of Britain from Alban to Bede (Hardcover)

Christians and Pagans offers a comprehensive and highly readable account of the coming of Christianity to Britain, its coexistence or conflict with paganism, and its impact on the lives of both indigenous islanders and invading Anglo-Saxons.

The Christianity of Roman Britain, so often treated in isolation, is here deftly integrated with the history of the British churches of the Celtic world, and with the histories of Ireland, Iona, and Pictland. Combining chronicle and literary evidence with the fruits of the latest archaeological research, Malcolm Lambert illuminates how the conversion process changed the hearts and minds of early Britain.

Malcolm Lambert has taught history and theology at the universities of Bristol and Reading and is the author of Franciscan Poverty, Medieval Heresy, and The Cathars.