If Chins Could Kill: Confessions of a B Movie Actor (Paperback) 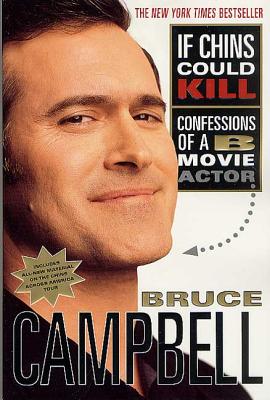 If Chins Could Kill: Confessions of a B Movie Actor (Paperback)

Okay, so at least you're interested enough to pick up this book and look inside. I think you and I are going to get along just fine.

Life is full of choices. Right now, yours is whether or not to buy the autobiography of a mid-grade, kind of hammy actor.

Am I supposed to know this guy? you think to yourself.

No, and that's exactly the point. Bookstores are chock full of household name actors and their high stakes shenanigans. I don't want to be a spoilsport, but we've all been down that road before.

The truth is that though you might not have a clue who I am, there are countless working stiffs like me out there, grinding away every day at the wheel of fortune.

If Chins Could Kill: Confessions of a B Movie Actor is my first book, and I invite you to ride with me through the choppy waters of blue collar Hollywood.

Okay, so buy the damned book already and read like the wind!

P.S. If the book sucks, at least there are gobs of pictures, and they're not crammed in the middle like all those other actor books.

Bruce Campbell is the ultimate “B” actor with an ever-growing fan base.  In addition to starring in the huge cult hit Evil Dead series and a series of independent genre films, he has had featured roles in the film Bubba Ho-Tep, the Spider-man movies, the blockbuster Congo, the award-winning independent crime drama Running Time, and Paramount’s romantic comedy Serving Sara.

Bruce has also done a lot of television work, including appearances in Disney’s TV movies Gold Rush and their update of The Love Bug, and has also starred in the highly touted Fox series The Adventures of Brisco County Jr. Bruce then appeared as a recurring guest star on the hit shows Lois and Clark: The New Adventures of Superman, Hercules: The Legendary Journeys, Xena: Warrior Princess, Ellen, and Showtime’s edgy TV industry comedy Beggars and Choosers.