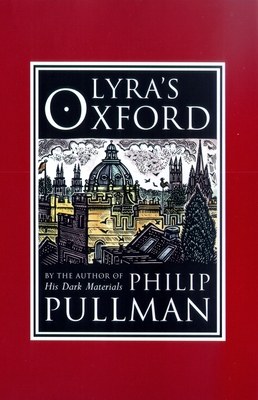 Lyra's Oxford is an exciting tale set in the world of Philip Pullman's His Dark Materials saga. This collectible hardcover volume includes a short story by Mr. Pullman, plus a fold-out map of Oxford and various "souvenirs" from Lyra's world and beyond. The book is illustrated throughout with woodcut illustrations by John Lawrence.

This charming edition is a must for Pullman fans.

PHILIP PULLMAN is one of the most acclaimed writers working today. He is best known for the His Dark Materials trilogy, which has been named one of the top 100 books of all time by Newsweek and one of the all-time greatest novels by Entertainment Weekly. Pullman was knighted for his services to literature in the 2019 New Years Honours.

"His Dark Materials is easily the most deservedly labeled epic of contemporary epic fantasies; here as a pendant to that trilogy is a short story that even in its brevity manages to capture some of the majesty--and mystery--of the parent work."--The Horn Book Magazine

"Fans who can't get enough of Pullman's His Dark Materials trilogy will embrace this small volume, which packages a short story about Lyra along with such ephemera as a beautifully engraved, fold-out map of the alternate-reality Oxford which Lyra inhabits. Puzzle enthusiasts will enjoy poring over the clues."--Publishers Weekly