The Lives of Isaac Stern (Hardcover) 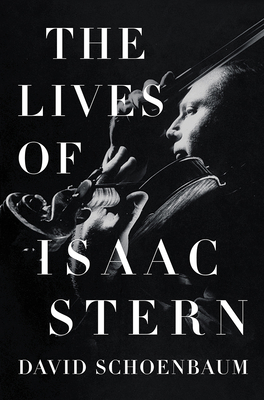 The Lives of Isaac Stern (Hardcover)

A centennial celebration of the career and legacy of the first made-in-America violin virtuoso and one of the twentieth century’s greatest musicians.

No single American could personify what Henry Luce called the American Century. But over his eighty-one years, Isaac Stern came closer than most. Russian-Jewish parents brought him to San Francisco at ten months; practice and talent got him to Carnegie Hall, critical acclaim, and the attention of the legendary impresario Sol Hurok at twenty-five.

As America came of age, so too did Stern. He would go on to make music on five continents, records in formats from 78 rpm to digital, and friends as different as Frank Sinatra and Sir Isaiah Berlin. An unofficial cultural ambassador for Cold War America, he toured the world from Tokyo to Tehran and Tbilisi. He also shaped public policy from New York and Washington to Jerusalem and Shanghai. His passion for developing young talents—including Itzhak Perlman, Pinchas Zukerman, Yo-Yo Ma, and Midori—led him to loan instruments to needy players, broker gigs for Soviet émigrés, and reply in person to inquiring fifth-graders.

As the first historian to mine his papers at the Library of Congress, David Schoenbaum traces Stern’s sixty-year career from his formative years in San Francisco to concurrent careers as an activist, public citizen, chairman, and cultural leader in the Jewish community. Wide-ranging yet intimate, The Lives of Isaac Stern is a portrait of an artist and statesman who began as an American dreamer and left a lasting inheritance to his art, profession, and the world.

David Schoenbaum is the author of seven books, including Hitler’s Social Revolution, The United States and the State of Israel, and The Violin. Formerly a professor of history at the University of Iowa, he has also written for the New York Times, Washington Post, and Economist. A lifelong amateur violinist, he lives in Rockville, Maryland.