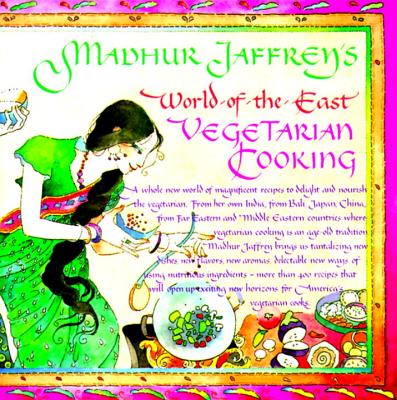 
On Our Shelves Now. Click on title for location specific availability.
From her own India, from Bali, Japan, China, from Far Eastern and Middle Eastern countries, Madhur Jaffrey brings us tantalizing new dishes, new flavors and new aromas. 400 recipes using nutritious ingredients.
Madhur Jaffrey was born in Delhi, India, and educated there. For the past seven years she has traveled extensively in India, Japan, Thailand, Indonesia, Korea, the Philippines, and many parts of the world gathering vegetarian recipes and lore for this book. Her first book, An Invitation to Indian Cooking, was published by Knopf in 1973 and in paperback by Vintage in 1975, and she has contributed articles to The New York Times, Gourmet, Travel and Leisure, Smithsonian, etc. She is a teacher of Indian cooking and has completed a television series on the subject for the BBC. She lives in New York City.