Who Were Stanley and Livingstone? (Who Was?) (Paperback) 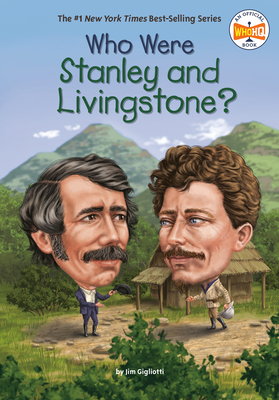 Who Were Stanley and Livingstone? (Who Was?) (Paperback)


On Our Shelves Now. Click on title for location specific availability.
Join the American journalist Henry Morton Stanley on his amazing quest to find David Livingstone, England's most celebrated explorer, in this new addition to the #1 New York Times bestselling series!

The world was fascinated and concerned. Dr. David Livingstone's 1866 expedition to find the source of the Nile River in Africa was only supposed to last two years. But it had been almost six years since anyone had heard from the famous British explorer. That's when a young American newspaper reporter named Henry Morton Stanley decided to go on his own expedition to find Dr. Livingstone. Author Jim Gigliotti chronicles the lives of both of these men and details the dangerous two-year journey that would eventually bring them face-to-face.
Jim Gigliotti is a writer based in Southern California. A former editor at the National Football League, he has written more than 50 books for readers of all ages, including biographies for young readers on Olympian Jesse Owens, baseball star Roberto Clemente, and musician Stevie Wonder.