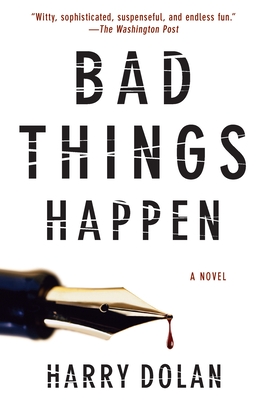 This is book number 1 in the David Loogan series.

A gripping novel about a man trying to escape his violent past and soon becomes a murder suspect when a publisher—and the husband of the woman he's having an affair with—turns up dead.

The man who calls himself David Loogan is hoping to escape a violent past by living a quiet, anonymous life in Ann Arbor, Michigan. But when he's hired as an editor at a mystery magazine, he is drawn into an affair with the sleek blond wife of the publisher, Tom Kristoll—a man who soon turns up dead.

Elizabeth Waishkey is the most talented detective in the Ann Arbor Police Department, but even she doesn't know if Loogan is a killer or an ally who might help her find the truth. As more deaths start mounting up—some of them echoing stories published in the magazine—it's up to Elizabeth to solve both the murders and the mystery of Loogan himself.


"Fans of Peter Abrahams and Scott Turow will find a lot to like."—Publishers Weekly (starred review)
Harry Dolan graduated from Colgate University, where he majored in philosophy and studied fiction-writing with the novelist Frederick Busch. He earned a master’s degree in philosophy from the University of North Carolina at Chapel Hill and currently works as a freelance editor. He grew up in Rome, New York, and now lives in Ann Arbor, Michigan, with his partner Linda Randolph.