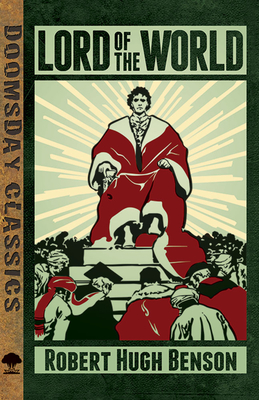 
Not on our shelves. Usually ships in 2-5 days.
(This book is nonreturnable. Nonreturnable books may take up to 3 weeks to ship. All sales final.)
Belief in God has been replaced by secular humanism in this gripping tale of the apocalypse. Protestantism is over, Catholicism is driven underground, and the Eastern religions have merged into a single pantheistic creed that poses an ongoing military threat to the West. Without a spiritual dimension to their lives, people are literally bored to death, choosing legal euthanasia rather than an empty existence. A charismatic leader arises amid this culture of despair, and in their eagerness for change, the citizens support the coming of the Antichrist and the end of days.
One of the first works of modern dystopic fiction, this 1907 novel is remarkably prescient in its depiction of a technologically advanced society that rushes headlong toward its own destruction. Author Robert Hugh Benson, son of the Archbishop of Canterbury and a convert to Roman Catholicism, wrote this dark parable in response to the science-fiction novels of H. G. Wells, which portrayed utopian societies in terms of atheism and one-world government. The novel has been hailed as prophetic by Dale Ahlquist, Joseph Pearce, Pope Benedict XVI, and Pope Francis, among others.
Robert Hugh Benson (1871-1914) was ordained as an Anglican priest by his father, the Archbishop of Canterbury. Benson later joined the Church of Rome and was ordained as a Catholic priest in 1904. He continued his writing career in addition to his ministry, publishing several ghost and horror stories.