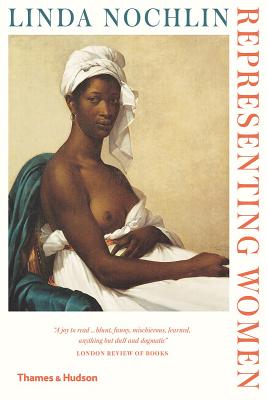 In this republication, revisit the late Linda Nochlin’s pioneering writings on the representation of women in art.

Women—as warriors, workers, mothers, lovers—haunt nineteenth and twentieth-century Western painting. This republication of Representing Women brings together the late Linda Nochlin’s most important and pioneering writings on the representation of women in art as she considers works by Jean-Francois Millet, Eugene Delacroix, Gustave Courbet, Edgar Degas, Georges Seurat, Mary Cassatt, and Kathe Kollwitz, among many others. In a riveting, partly autobiographical introduction, Nochlin argues for the honest virtues of an art history that rejects methodological presuppositions and for art historians to investigate the work before their eyes while focusing on its subject matter, informed by a sensitivity to its feminist spirit.

Linda Nochlin was the Lila Acheson Wallace professor of modern art emerita at New York University’s Institute of Fine Arts. Her publications include The Body in Pieces: The Fragment as a Metaphor of Modernity; Women, Art and Power and Other Essays; The Politics of Vision: Essays on Nineteenth-Century Art and Society; Courbet; Mise`re: The Visual Representation of Misery in the 19th Century; and Women Artists: The Linda Nochlin Reader. Her essay “Why Have There Been No Great Women Artists?” is considered one of the most in influential texts in modern art history.