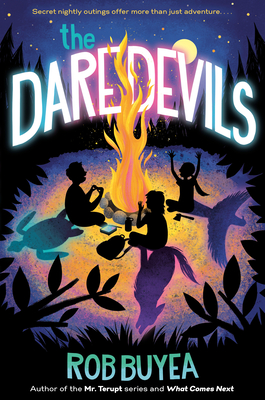 
On Our Shelves Now. Click on title for location specific availability.
Readers on the cusp of adolescence will find much to love in this novel by the author of the beloved MR. TERUPT series, that follows twin siblings Loretta and Waylon, and new friend Louie, the summer before middle grade, as they embark on a series of adventures which also prove to be life lessons in the making!

Loretta and her twin brother, Waylon, are headed to middle school. Loretta has always been quick with her fists and her wits. Since Waylon is on the small side, Loretta doesn’t let anyone mess with him. But now she worries he won’t survive without her by his side. Her secret plan: bulk him up with muscle over the summer. Little does she know that Waylon has a plan of his own. He’ll show his sister he can take care of himself.

As each puts their strategy in motion, Loretta and Waylon spend the summer going into the woods behind their house, even sneaking there in the dead of night. That’s where they first encounter Louie, who is about their age but noticeably bigger. Louie is homeschooled, he explains when Loretta gives him the third degree. Loretta, Waylon, and Louie soon fall into a comfortable friendship and continue their nightly forest adventures. When they unearth a mysterious box, the past collides with the present, propelling the trio on a quest that will forever change their lives.

Rob Buyea’s spirited dual narrative drives this funny, touching brother-sister story, where even the best-laid plans sometimes backfire and feelings may get bruised, but family and friends always count. Letting go of childhood means boldly taking risks to face the future while learning from the past.
Rob Buyea is a former teacher and the author of the Mr. Terupt series, The Perfect Score series, and What Comes Next. As a young boy, he spent countless hours exploring the woods. He is a true country-music fan, as are his wife and children, though they won’t admit it.