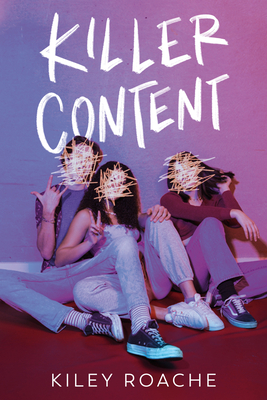 
On Our Shelves Now
Knives Out meets One of Us is Lying! In this twisty thriller a group of famous TikTokers begin turning on each other when one member is found dead at their beachfront Malibu mansion.

The six teenagers who make up the Lit Lair have it made. A beachfront mansion, millions of followers, stunning good looks, and sponsorship deals worth more money than they ever dreamed. They live together, making videos about their perfect lives.

Except it’s not so perfect after one of them turns up dead in the infinity pool. When the group TikTok account starts posting cryptic messages, the police stop looking outside the house for suspects—and start looking straight at them. Everyone in the Lit Lair had reasons why their lives would have been easier without Sydney Reynolds.

But only one of them killed her.

Underlined is a line of totally addictive romance, thriller, and horror titles coming to you fast and furious each month. Enjoy everything you want to read the way you want to read it.
Kiley Roache is an author and journalist. Her novels include Frat Girl and The Dating Game, and her articles have been published by The Wall Street Journal, San Francisco Chronicle, and The New York Times, among others. She is a graduate of Stanford University and Columbia Journalism School. When she isn’t writing, Kiley spends her time drinking iced coffee, painting in her backyard, and racking up screen-time hours scrolling through TikTok and Instagram.
Praise for Killer Content: