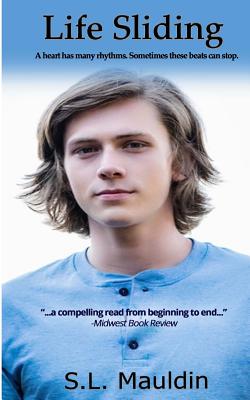 
Not on our shelves. Usually ships in 2-5 days.
(This book is nonreturnable. Nonreturnable books may take up to 3 weeks to ship. All sales final.)
As Gavin's junior year comes to a close, he faces an inner conflict with his status as the most popular kid in high school. It's not lost on his father, who sensed for some time that his overly indulged son needs redirection. Making matters worse for Gavin, his dad sends him away for the summer to assist at a camp for children with special needs. Arriving at camp Life Me Up, Gavin is suddenly forced to dabble in a world less familiar. After his first uncomfortable encounter with a strange girl with multi-colored fingernails, who refuses to waiver his arrogant behavior, Gavin comes face to face with a person from the past, which leaves him uneasy. Inevitably, three people clash and collide, but when tragedy strikes, they come to an understanding regarding their differences. Becoming a young adult, Gavin faces a summer of harsh lessons in reality. Once he crosses the bridge from a self-inflicted prison to the road to freedom, Gavin and his new friends implement a strategy to stir up the social order when they return to school in the fall. Because of one jaded person jumping to conclusions, the plan backfires. Will they be able to survive the fallout of what they've put into motion? #LifeSliding.
After discovering some stories he had written in the past in an old trunk, S.L. Mauldin recounted his affinity for storytelling. Since then, he has penned a few novels and several screenplays, one of which was optioned to become a feature film. Native of Metro Atlanta, where he presently resides, S.L. Mauldin continues to writes stories with real life situations.