Milo and the Mysterious Island (Hardcover) 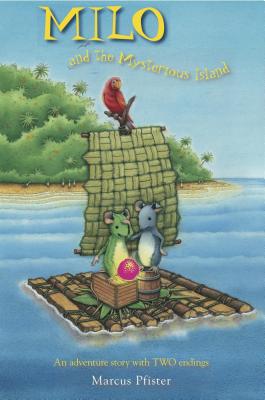 Milo and the Mysterious Island (Hardcover)


Email or call for availability information.
This exciting sequel to Marcus Pfister's best-selling Milo and the Magical Stones returns!

When Milo, the cliff mouse, and his friends discover an island inhabited by striped mice, they have to make a choice. Will Milo and the cliff mice share their treasures or will they hide them away for themselves? It's up to the reader to decide in this alternate-ending story that splits into two sections, each offering a different ending. This thought-provoking story, with the book's unique format, actively involves children in the decision-making process.
Marcus Pfister was born in Bern, Switzerland. After studying at the Art School of Bern, he apprenticed as a graphic designer and worked in an advertising agency before becoming self-employed in 1984. His debut picture book, The Sleepy Owl, was published by NorthSouth in 1986, but his big breakthrough came six years later with The Rainbow Fish. Today, Marcus has illustrated over fifty books that have been translated into more than fifty languages and received countless international awards. He lives with his wife, Debora, and his children in Bern.