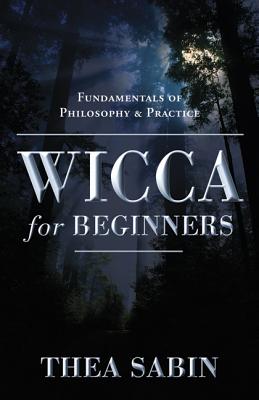 Due to the sheer number of Wicca 101 books on the market, many newcomers to the Craft find themselves piecing together their Wiccan education by reading a chapter from one book, a few pages from another. Rather than depending on snippets of wisdom to build a new faith, Wicca for Beginners provides a solid foundation to Wicca without limiting the reader to one tradition or path.

Embracing both the spiritual and the practical, Wicca for Beginners is a primer on the philosophies, culture, and beliefs behind the religion, without losing the mystery that draws many students to want to learn. Detailing practices such as grounding, raising energy, visualization, and meditation, this book offers exercises for core techniques before launching into more complicated rituals and spellwork.

Thea Sabin is a professional editor and writer whose work has appeared in numerous publications, both pagan and non-pagan, and is a former newspaper astrology columnist. A practicing Wiccan since her teens, the author received formal training in a British Traditional path and currently she and her husband run a coven of the same tradition. Sabin holds a Masters Degree in Education, is an avid organic gardener and lover of Hong Kong gangster movies. She makes her home in the Pacific Northwest.