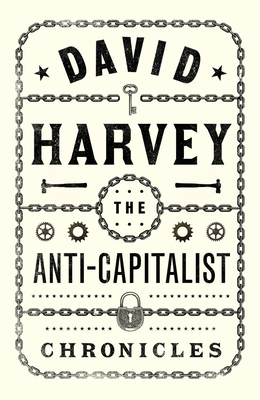 "David Harvey is an inspiration for me, and for people who desperately want a just world order. One of the most perceptive and intelligent thinkers the progressive movement has." - Owen Jones, Columnist, Political Commentator, Author, and Left-Wing Activist

Distinguished Professor of Anthropology at the City University of New York and author of A Brief History of Neoliberalism, David Harvey introduces new ways of understanding the crisis of global capitalism and the struggles for a better world.

Amidst waves of economic crises, health crises, class struggle and neo-fascist reaction, few possess the clarity and foresight of world-renowned theorist, David Harvey. Since the publication of his bestselling A Brief History of Neoliberalism, Harvey has been tracking the evolution of the capitalist system as well as tides of radical opposition rising against it. Chapters include:

*A Brief History of Neoliberalism
*The Financialization of Power
*Socialism and Freedom
*The Significances of China in the World Economy
*The Geopolitics of Capitalism
*Carbon Dioxide Emissions and Climate Change
*And more!

While accounting for violence and disaster, Harvey also chronicles hope and possibility. By way of conversations about neoliberalism, capitalism, globalization, the environment, technology, social movements, and crises like COVID-19, he outlines, with characteristic brilliance, how socialist alternatives are being imagined under very difficult circumstances

In understanding the economic, political, and social dimensions of the crisis, Harvey’s analysis in The Anti-Capitalist Chronicles will be of strategic importance to anyone wanting to both understand and change the world.

David Harvey is one of the most cited authors in the humanities and social sciences. A leading theorist in the field of urban studies whom Library Journal called ‘one of the most influential geographers of the later twentieth century,’ he is currently a Distinguished Professor of Anthropology and Earth and Environmental Sciences at the Graduate Center of the City University of New York. He is the author of many books, including Marx, Capital and the Madness of Economic Reason (Profile Books, 2017) and A Brief History of Neoliberalism (Oxford University Press, 2005).