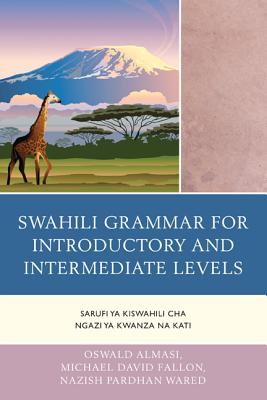 This book is intended for university students and anyone interested in learning Standard Swahili grammar as spoken in the East African Community of Tanzania, Kenya and Uganda. The most comprehensive grammar book currently available, some of the concepts covered in this book are greetings, numerals, telling the time, the Noun Class system, simple tenses such the past, present and future, adjectives and possessives. The book then progresses to more complex concepts such as Direct and Reported Speech, various verb typologies, other tenses, prepositions and conjunctions, adverbs and relative pronouns. Each chapter includes many examples and sample sentences, easy to read charts, practice questions, answers to the practice questions, and a list of new vocabulary used within the chapter. On completing this book, the reader will be able to read, write and converse in Swahili with confidence.
Oswald Almasi was born in Tanzania and educated at the University of Dar-es-Salaam. He has been an educator for more than 40 years, in the last 17 years as a professor of Swahili at the University of Toronto and also at York University since 2005. Michael David Fallon graduated from the University of Toronto as an African Studies Specialist. While at the University of Toronto he studied several languages including Portuguese, Arabic, and also Swahili under the tutelage of Oswald Almasi. He has also lived and spent time in East Africa. Nazish Pardhan Wared was born in Tanzania and educated at Aga Khan Mzizima Secondary School in Dar-es-Salaam. She has also studied advanced Swahili under Oswald Almasi.