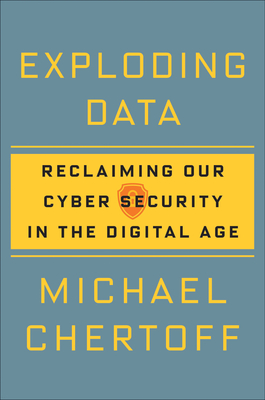 
Not on our shelves. Usually ships in 2-5 days.
The most dangerous threat we--individually and as a society and country--face today is no longer military, but rather the increasingly pervasive exposure of our personal information; nothing undermines our freedom more than losing control of information about ourselves. And yet, as daily events underscore, we are ever more vulnerable to cyber-attack. In this bracing book, Michael Chertoff makes clear that our laws and policies surrounding the protection of personal information, written for an earlier time, need to be completely overhauled in the Internet era. On the one hand, the collection of data--more widespread by business than by government, and impossible to stop--should be facilitated as an ultimate protection for society. On the other, standards under which information can be inspected, analyzed, or used must be significantly tightened. In offering his compelling call for action, Chertoff argues that what is at stake is not so much the simple loss of privacy, which is almost impossible to protect, but of individual autonomy--the ability to make personal choices free of manipulation or coercion. Offering colorful stories over many decades that illuminate the three periods of data gathering we have experienced, Chertoff explains the complex legalities surrounding issues of data collection and dissemination today, and charts a path that balances the needs of government, business, and individuals alike.
Michael Chertoff was the second Secretary of Homeland Security from 2005-2009. He previously served at a United States Circuit Judge of the United States Court of Appeals for the Third Circuit, as a federal prosecutor, as Assistant U.S. Attorney General, and as United States Attorney for the District of New Jersey--one of only two U.S. Attorneys who was not replaced when the Clinton administration took office in 1993. Chertoff is the author of Homeland Security: Assessing the First Five Years. He is today Executive Chairman and Co-founder of The Chertoff Group, a security consulting company, and senior of counsel to the firm of Covington and Burling.