After Happily Ever After: Romantic Comedy in the Post-Romantic Age (Contemporary Approaches to Film and Media) (Hardcover) 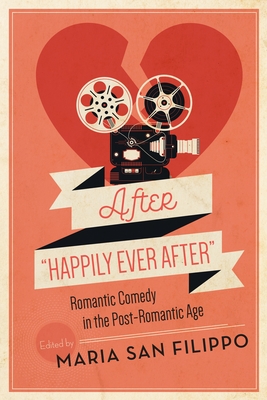 After Happily Ever After: Romantic Comedy in the Post-Romantic Age (Contemporary Approaches to Film and Media) (Hardcover)

In defiance of the alleged death of romantic comedy, After Happily Ever After: Romantic Comedy in the Post-Romantic Age edited by Maria San Filippo attests to rom-com's continuing vitality in new modes and forms that reimagine and rejuvenate the genre in ideologically, artistically, and commercially innovative ways. No longer the idyllic fairy tale, today's romantic comedies ponder the realities and complexities of intimacy, fortifying the genre's gift for imagining human connection through love and laughter.

It has often been observed that the rom-com's happily ever after trope enables the genre to avoid addressing the challenges of coupled life. This volume's contributors confront how recent rom-coms contend with a post-romantic age of romantic disillusionment and seismically shifting emotional and relational bonds. Fifteen chapters contemplate the resurgence of the radical romantic comedy and uncoupling comedy, new approaches in genre hybridity and serial narrative, and how recent rom-coms deal with divisive topical issues and contemporary sexual mores from reproductive politics and marriage equality to hook-up culture and technology-enabled sex. Rom-coms remain underappreciated and underexamined-and still largely defined within Hollywood's parameters of culturally normative coupling and its persistent marginalization of racial and sexual minorities. Making the case for taking romantic comedy seriously, this volume employs critical perspectives drawn from feminist, queer, postcolonial, and race studies to critique the genre's homogeneity and social and sexual conservatism, recognizing innovative works inclusive of LGBTQ people, people of color, and the differently aged and abled. Encompassing a rich range of screen media from the last decade, After Happily Ever After celebrates works that disrupt and subvert rom-com fantasy and formula so as to open audience's eyes along with our hearts. This volume is intended for all readers with an interest in film, media, and gender studies.
Maria San Filippo is associate professor of media studies at Emerson College and editor of New Review of Film and Television Studies. She has authored the Lambda Literary Award-winning The B Word: Bisexuality in Contemporary Film and Television and Provocauteurs and Provocations: Screening Sex in 21st Century Media.