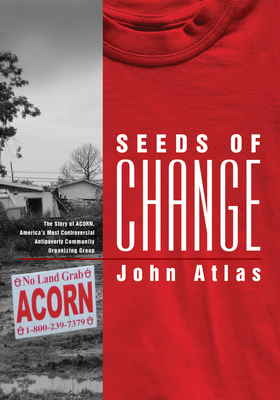 "There is more value on a single page of Seeds of Change than in a year's worth of Rush Limbaugh screeds combined with a lifetime of Sarah Palin sneers at community organizers." --Todd Gitlin Seeds of Change goes beyond the headlines of the last Presidential campaign to describe what really happened in ACORN's massive voter registration drives, why it triggered an unrelenting attack by Fox News and the Republican Party, and how it confronted its internal divisions and scandals. Based on Atlas's own eyewitness original reporting, as the only journalist to have access to ACORN's staff and board meetings, this book documents the critical transition from founder Wade Rathke, a white New Orleans radical to Bertha Lewis, a Brooklyn African American activist. The story begins in the 1970s, when a small group of young men and women, led by a charismatic college dropout, began a quest to help the powerless help themselves. In a tale full of unusual characters and dramatic conflicts, the book follows the ups and downs of ACORN's organizers and members as they confront big corporations and unresponsive government officials in Albuquerque, Brooklyn, Chicago, Detroit, Little Rock, New Orleans, Philadelphia, and the Twin Cities. The author follows the course of local and national campaigns to organize unions, fight the subprime mortgage crisis, promote living wages for working people, struggle for affordable housing and against gentrification, and help Hurricane Katrina's survivors return to New Orleans. The book dispels the conservative myth that we can only help the poor through private soup kitchens and charity and the liberal myth that the solution rests simply with more government services. Seeds of Change, not only provides a gripping look at ACORN's four decades of effective organizing, but also offers a hopeful analysis of the potential for a revival of real American democracy.An offering of The Progressive Book Club.
John Atlas, a longtime public interest lawyer, writer, and organizer, is a founder and current president of the National Housing Institute, which publishes Shelterforce. His work has appeared in numerous publications including The Huffington Post, The Star Ledger, The New York Times, Philadelphia Inquirer, Tikkun, The Nation, Dissent, New Jersey Reporter, and Social Policy.