Polar Tales: The Future of Ice, Life, and the Arctic (Hardcover) 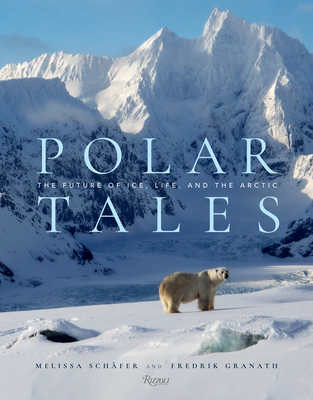 Polar Tales: The Future of Ice, Life, and the Arctic (Hardcover)


On Our Shelves Now. Click on title for location specific availability.
The Arctic is the ground zero of climate change, and the polar bear is on the front line. Filled with groundbreaking photography that reveals the breathtaking landscapes of the Arctic and the transformations of the environment through the changing lives of polar bears, it's a firsthand report from the top of our planet.

Polar Tales tells the story of an ice world in transformation and a planet nearing its tipping point--the moment when Earth's climate begins to change irreversibly. This book is both a celebration of the wildlife that inhabits this most unforgiving and beautiful environment imaginable--mountains, fjords, enormous glaciers, and the seemingly endless pack ice of the Arctic Ocean--and a cautionary tale of global warming. Rising temperatures have put the Arctic at risk, and the habitats--and lives--of the animals there are increasingly threatened. Set against the dramatic landscape of ice floes and ragged mountains, readers see how polar bears, foxes, seals, walruses, and reindeer now struggle to live in this vulnerable climate. Images of a polar bear mother as she takes her newborns out for their first hunt, a seal pup only hours old, and the spectacle of the polar night are reminders of what is at risk.

The authors work like no other photographers: spending months in the field on their expeditions, they live among the polar bears, establishing an uneasy balance and unprecedented access to the world of the kings of the Arctic. Readers are rewarded with unique and stirring images that capture the harsh beauty of a world that few will experience firsthand.
Photographer Melissa Schaefer and producer Fredrik Granath specialize in the Arctic region, polar bears, and their role in a changing climate. They are based in Stockholm, Sweden, and Longyearbyen on Svalbard in the Arctic.
“Unless we drastically curb greenhouse gas emissions, we could lose most of the world’s polar bears by 2100. Dwindling sea ice disrupts the creatures’ hunt for seals and therefore jeopardizes reproduction and survival rates, according to a July 2020 study published in Nature Climate Change. For most of us living thousands of miles from the Arctic, it’s difficult to visualize these losses. To illuminate the accelerating struggle of animals that depend on now-melting ice caps, photographer-producer duo Melissa Schäfer and Fredrik Granath spent half a decade working in Norway’s Svalbard archipelago for their new book, Polar Tales: The Future of Ice, Life, and the Arctic.” — Sierra Club