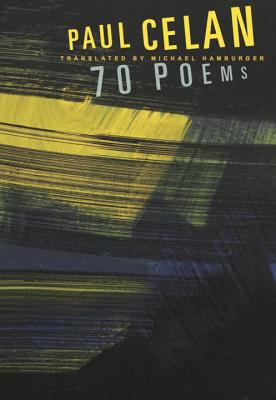 Paul Celan is the preeminent poet of the Holocaust. His chilling, haunted verse, evocative and agonizingly spare, is among the essential writing of the modern age. Paul Celan: 70 Poems is a portable selection of some of his most essential work, translated by Michael Hamburger (1924–2007), who for more than thirty years has provided the English-speaking world with the truest access to Celan’s oeuvre.

Paul Celan was a poet and translator born in the East European province of Bukovina. Soon after his parents, German-speaking Jews, had perished at the hands of the Nazis, Celan wrote the poem "Todesfuge" ("Deathfugue"), which depicted life in a German concentration camp.

Michael Hamburger (1924-2007) wrote many collections of poetry and criticism. Other notable translations include Baudelaire's Twenty Prose Poems. He received the European Translation Prize for Poems of Paul Celan.