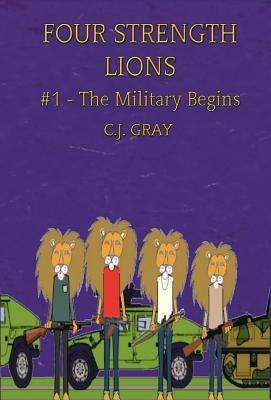 This is book number 1 in the Four Strength Lions series.

Four Strength Lions Book #1, The Military Begins, is a story about the adventures of four lions as they fight against Danny the raging lion. In an attempt to destroy buildings, bridges, and vehicles, Danny unleashes a squid war all over the city. Captain Flint decides to enlist the four lions on his military team to fight and save the people from destruction.

Review: "From a narrative point of view, the book is fun. The story is engaging and exciting with several humorous exchanges about how lions could walk and talk like humans. It's a wonderful first novel." - RK