The Pursuit of Knowledge: My Unconventional Articles on Autism and Neurodiversity (Paperback) 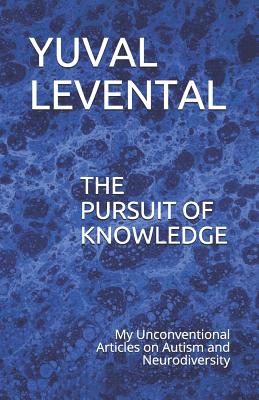 The Pursuit of Knowledge: My Unconventional Articles on Autism and Neurodiversity (Paperback)


On Our Shelves Now. Click on title for location specific availability.
(This book is nonreturnable. Nonreturnable books may take up to 3 weeks to ship. All sales final.)
Autism advocacy has dramatically changed in the past few years. The neurodiversity movement used to be a place where one could discuss autism without stigma, and where one could meet other autistic individuals. Recently, however, many autism and neurodiversity groups have attempted to censor criticism of their views, or even outright ignore the realities of severe autism. As an autistic individual, Yuval Levental believed that because he was good at math and science, he would find his place in a STEM field in the future. However, in college, the workload suddenly got more complicated and he had a hard time focusing. Eventually, he discovered a website which is run by a controversial autism advocate named Jonathan Mitchell, who is not afraid to talk about the difficulties that autistic individuals face. In 2016, Yuval starts editing autism Wikipedia articles to provide a more balanced view of autism. Over time, he has made so many changes to the point where he even surprises himself. He is also interested in finding medical treatment for his autism to improve his focus and productivity. Starting from controversial treatments, Yuval eventually ends up drinking kombucha tea and eating Greek yogurt as his main treatment. Eventually, Yuval also meets many other individuals who are also critical of the neurodiversity movement, and some of them form an online group on Twitter under the hashtag #autisticdarkweb in 2018 to discuss those issues. This article collection is composed of a wide variety of articles documenting those events, most of which were written for Cortical Chauvinism, a blog on autism related issues.