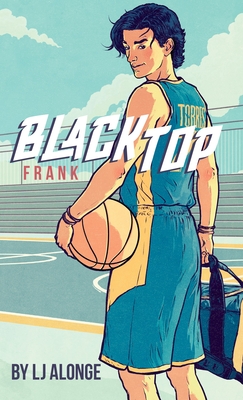 This is book number 3 in the Blacktop series.

An action-packed basketball series from author LJ Alonge set on the courts of Oakland, CA.

Frank’s not great at staying out of trouble. He’s also not great at driving cars. After his joyride ends in a crash, he’s stuck with a court-appointed Community Mentor for the summer.

But it’s not too bad. Officer Appleby’s all right. And if anyone can handle a basketball team, a police officer, and a new girl on the horizon, it’s Frank Torres.
LJ Alonge has played pick-up basketball in Oakland, Los Angeles, New York, Kenya, South Africa and Australia. Basketball's always helped him learn about his community, settle conflicts, and make friends from all walks of life. He's never intimidated by the guy wearing a headband and arm sleeve; those guys usually aren't very good. As a kid, he dreamed of dunking from the free throw line. Now, his favorite thing to do is make bank shots. Don't forget to call "bank!"