This Was a Man: The Final Volume of The Clifton Chronicles (Hardcover) 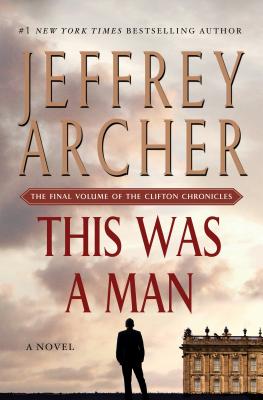 This Was a Man: The Final Volume of The Clifton Chronicles (Hardcover)

This is book number 7 in the The Clifton Chronicles series.

From #1 New York Times bestselling author Jeffrey Archer
The sweeping saga of the Cliftons—across generations, from Europe to America, through heartache and rivalry and triumph—is about to reach its stunning conclusion. Harry Clifton’s story began in 1920, as a dock worker in England, and now he is set to write his magnum opus. As he reflects on his days, the lives of his family continue to unfold, unravel, and intertwine in ways no one could have imagined . . .
Harry’s wife Emma, who just completed her time at the Bristol Royal Infirmary, receives a surprise call from Margaret Thatcher. Meanwhile, Giles Barrington discovers a shocking truth about his wife, Karin. Sebastian Clifton becomes chairman of Farthings Kaufman bank, but only after Hakim Bishara’s abrupt resignation. Sebastian’s daughter Jessica is expelled from school, but her aunt Grace comes to the rescue. And Lady Virginia, who is set to flee the country to avoid her creditors, finds an opportunity to clear her debts after the Duchess of Hertford dies—and a way to finally trump the Cliftons and Barringtons.

“Archer continues his storytelling magic to create characters of spellbinding substance, and readers can count on his surprising twists and shocking conclusion. Here, just when the end seems too tidy, Archer provides a killer cliffhanger.”—Publishers Weekly on The Clifton Chronicles

“Archer packs a plot with thrills and chills enough for readers to keep turning the pages, saying, What's gonna happen next?...The conclusion's a turbo-charged cliffhanger that'll have fans screaming Arrrcherr!”—Kirkus Reviews on Mightier Than the Sword

“Archer’s…tight plotting makes for a page-turning rich man’s soap opera…Entertaining.”—Kirkus Reviews on Be Careful What You Wish For