So Much for Love: How I Survived a Toxic Relationship (Hardcover) 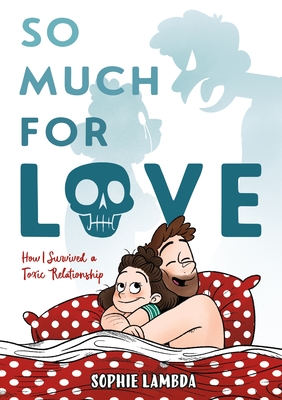 So Much for Love: How I Survived a Toxic Relationship (Hardcover)

Part memoir, part self-help book, So Much For Love offers hilarious and empathetic advice on how to survive a relationship with a master manipulator.

Sophie had always been cynical about love—until she meets Marcus. His affection and doting praise melt away her defenses. The beginning of their relationship was a whirlwind romance, but over time she finds herself on uneven footing. Marcus lies. He's violently angry and bewilderingly inconsistent. Yet somehow he always manages to explain away his behavior and to convince Sophie that it's all in her head.

The whiplash of this toxic relationship has Sophie’s head spinning. When she hits rock bottom, she fights her way out with fierce honesty, irreverent humor, and the help of Chocolat, a wisecracking, booze-drinking bear.

Sophie Lambda is a french illustrator and comic artist. She studied foreign languages, and has made web comics since 2013, and released her first book, Tant Pis Pour L'amour, in French. Her favorite drink is soya cappuccino with extra vanilla and cinnamon.

"A scarily accurate depiction of toxic relationships, So Much for Love is a survival guide filled with helpful tips and hope." —Pénélope Bagieu, author of Brazen

"[So Much for Love] is both a solidarity-building balm and a guide out of a bad situation... Lambda’s depiction of her hard-won recovery and the advice and resources (bolstered by robust back matter) that helped her get there are genuinely valuable, emphasizing that abusive relationships don’t have to involve physical violence to be dangerous." —Booklist

""Lambda’s winning debut is an achingly direct, darkly funny memoir about surviving a nightmare relationship and an accessible guide to recognizing and dealing with predators." - Publisher's Weekly