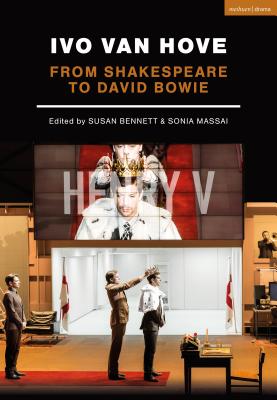 This book offers a wealth of resources, critical overviews and detailed analysis of Ivo van Hove's internationally acclaimed work as the foremost director of theatre, opera and musicals in our time. Stunning production photos capture the power of van Hove's directorial vision, his innovative use of theatrical spaces, and the arresting stage images that have made his productions so popular among audiences worldwide over the last 30 years. Van Hove's own contribution to the book, which includes a foreword, interview and his director's notes for some of his most popular shows, makes this book a unique resource for students, scholars and for his fans across the different art forms in which he works.

An informative introduction provides an overview of van Hove's unique approach to directing, while five sections, individually curated by experts in the respective fields of Shakespeare, classical theatre, modern theatre, opera, musicals, film, and international festival curatorship, offer readers a combination of critical insight and short excerpts by van Hove's collaborators, the actors in the ensemble companies van Hove works with in Amsterdam and New York, and by arts critics and reviewers.
Susan Bennett is University Professor in the Department of English at the University of Calgary, Canada. Her books include Theatre Audiences (1997), Performing Nostalgia (1996) and Theatre & Museums (2013). Recent edited collections are Shakespeare Beyond English (co-edited with Christie Carson, 2013) and Performing Environments: Site-Specificity in Medieval & Early Modern Drama (co-edited with Mary Polito, 2014). She is series editor, with Kim Solga, for Theory for Theatre Studies (Bloomsbury Methuen Drama).Sonia Massai is Professor of Shakespeare Studies in the English Department at King's College London, UK. Her publications include her book, Shakespeare and the Rise of the Editor (2007), and World-Wide Shakespeares: Local Appropriations in Film and Performance (2005), and critical editions of The Paratexts in English Printed Drama to 1642 ( 2014) and John Ford's Tis Pity She's a Whore for Arden Early Modern Drama (2011).