Killer Psychopaths: The Inside Story of Criminal Profiling (Paperback) 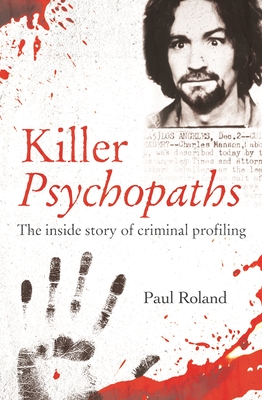 Killer Psychopaths: The Inside Story of Criminal Profiling (Paperback)

Discover the psychological motivations behind the world's most dangerous killers.

In Killer Psychopaths, Paul Roland examines reveals the methods and insights behind criminal profiling that have helped bring some of the world's worst criminals to justice. Drawing on the harrowing real-life experiences of leading profilers and forensic psychologists, he examines a range of serial killers, sexual predators, extortionists and terrorists to help understand what makes criminals do what they do. In this book you will discover the depths of human evil. Includes:
- Jack the Ripper
- Ted Bundy
- Ed Kemper
- Charles Manson
- John List
- Aileen Wuornos This edition includes a unique interview with the former FBI profiler Roy Hazelwood. ABOUT THE SERIES: The True Criminals series provides gripping expos's on some of the most twisted criminals the world has ever seen. Augmented by chilling photographs, this series provides snapshots into the minds of these villains and their deadly acts.
Paul Roland is the author of more than 25 books, including The Crimes of Jack the Ripper, Crime Scenes and The Nazis and the Occult. For more than 25 years he has been a freelance feature writer and reviewer for many UK publications and a regular contributor to The Mail on Sunday, Kerrang! and The X Factor. Roy Hazelwood is a former FBI profiler of sex crimes and is gererally regarded as the pioneer of profiling sexual predators. In 1980 he developed the distinction between 'organized and 'disorganized' murderers, a concept that's still used in law enforcement to help in the apprehension of criminals.