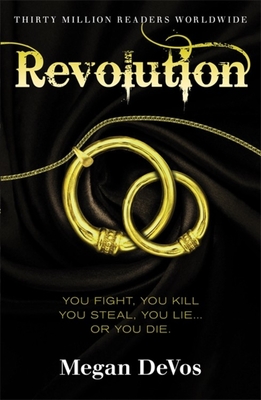 This is book number 3 in the Anarchy series.

As war breaks out between Blackwing and Greystone, Grace's allegiance becomes clear. But that doesn't make her task any easier.

Hayden knows that war is coming. That these raids are just the beginning, and there is something else coming for them. But can he save his camp and free himself at the same time?

Welcome to the revolution.

Megan DeVos grew up in Sioux Falls, South Dakota where she currently resides. She graduated from university with a bachelor's degree in nursing, and have been working as a surgical nurse for the last two and a half years. She has always loved writing, and finally dedicated herself to it during university, where she wrote her first published novel, Anarchy. Connecting with readers worldwide has been the greatest outcome of writing, and is something she will continue to pursue during the rest of her career as a writer.