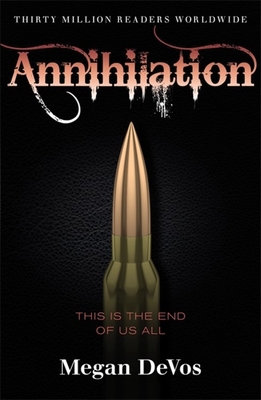 This is book number 4 in the Anarchy series.

This is the end of us all.

For Hayden and Grace, the threat of war has become a reality. The world is running out of resources, driving the survivors to drastic, inhuman measures. Blackwing is the obvious target and physical attacks from enemies are accompanied by the devastating mental turmoil that cannot be fought off with weapons.

This is life impacted by war with enemies, allies and oneself. Now, not much is certain, but a few things are guaranteed:

Megan DeVos grew up in Sioux Falls, South Dakota where she currently resides. She graduated from university with a bachelor's degree in nursing, and have been working as a surgical nurse for the last two and a half years. She has always loved writing, and finally dedicated herself to it during university, where she wrote her first published novel, Anarchy. Connecting with readers worldwide has been the greatest outcome of writing, and is something she will continue to pursue during the rest of her career as a writer.