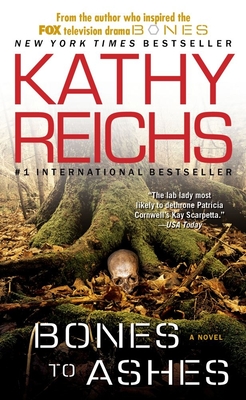 This is book number 10 in the A Temperance Brennan Novel series.

In Kathy Reichs's tenth bestselling novel featuring forensic anthropologist Temperance Brennan, the discovery of a young girl's skeleton in Acadia, Canada might be connected to the disappearance of Tempe's childhood friend.

For Tempe Brennan, the discovery of a young girl's skeleton in Acadia, Canada, is more than just another case. Evangeline, Tempe's childhood best friend, was also from Acadia. Named for the character in the Longfellow poem, Evangeline was the most exotic person in Tempe's eight-year-old world. When Evangeline disappeared, Tempe was warned not to search for her, that the girl was "dangerous."

Thirty years later, flooded with memories, Tempe cannot help wondering if this skeleton could be the friend she had lost so many years ago. And what is the meaning of the strange skeletal lesions found on the bones of the young girl?

Meanwhile, Tempe's beau, Ryan, investigates a series of cold cases. Two girls dead. Three missing. Could the New Brunswick skeleton be part of the pattern? As Tempe draws on the latest advances in forensic anthropology to penetrate the past, Ryan hunts down a serial predator.
Kathy Reichs’s first novel Déjà Dead, published in 1997, won the Ellis Award for Best First Novel and was an international bestseller. Cold, Cold Bones is Kathy’s twenty-first entry in her series featuring forensic anthropologist Temperance Brennan.  Kathy was also a producer of Fox Television’s longest running scripted drama, Bones, which was based on her work and her novels. One of very few forensic anthropologists certified by the American Board of Forensic Anthropology, Kathy divides her time between Charlotte, North Carolina, and Montreal, Québec. Visit her at KathyReichs.com or follow her on Twitter @KathyReichs.

"Tempe is both deeper and funnier than she's ever been, making this her best outing to date." -- Kirkus Reviews

"Dr. Brennan is rock solid and this book is easily one of the series' best." -- The Globe and Mail