The Other Queen: A Novel (The Plantagenet and Tudor Novels) (Paperback) 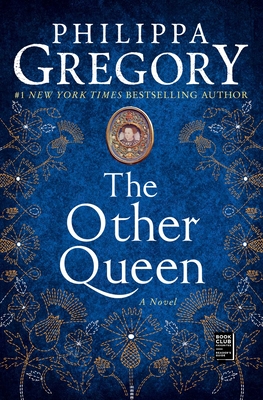 The Other Queen: A Novel (The Plantagenet and Tudor Novels) (Paperback)

“Once again, Philippa Gregory has brought history to life, as she tells the story of a strong, passionate, real-life heroine, Mary Queen of Scots. Gregory continues to engage us in the history and characters of that era in this highly recommended novel.”
— L Richardson, Sherlock's Tomes, Pitman, NJ

Fleeing violent rebellions in Scotland, Mary looks to Queen Elizabeth of England for sanctuary. Though promised protection, Mary, perceived as a serious threat to the English crown, is soon imprisoned by her former friend as a “guest” in the house of George Talbot, Earl of Shrewsbury, and his indomitable wife, Bess of Hardwick. The newly married couple welcomes the condemned queen into their home, certain that serving as her hosts and jailers will bring them an advantage in the cutthroat world of the Elizabethan court.

To their horror, they grow to realize that the task will bankrupt their estate and lose them what little favor they’ve managed to gain as their home becomes the epicenter of intrigue and rebellion against Queen Elizabeth. And Mary is not as hopeless as she appears, manipulating the earl and spinning her own web of treachery and deceit, as she sharpens her weapons to reclaim her Scottish throne—and to take over Queen Elizabeth’s of England.
Philippa Gregory is the author of many New York Times bestselling novels, including The Other Boleyn Girl, and is a recognized authority on women’s history. Many of her works have been adapted for the screen including The Other Boleyn Girl. She graduated from the University of Sussex and received a PhD from the University of Edinburgh, where she is a Regent. She holds honorary degrees from Teesside University and the University of Sussex. She is a fellow of the Universities of Sussex and Cardiff and was awarded the 2016 Harrogate Festival Award for Contribution to Historical Fiction. She is an honorary research fellow at Birkbeck, University of London. She founded Gardens for the Gambia, a charity to dig wells in poor rural schools in The Gambia, and has provided nearly 200 wells. She welcomes visitors to her website PhilippaGregory.com.
"Mary's hell-bent assuredness combines deliciously with brisk chapt ers and rich historical detail. Indulge." -- People

"A mesmerizing novel that will keep readers turning pages deep into the night...as sweet and thorny as a wild English rose." -- BookPage