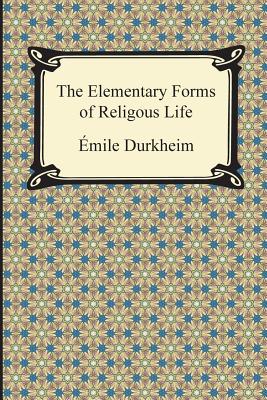 
Special Order - Subject to availability
(This book is nonreturnable. Nonreturnable books may take up to 3 weeks to ship. All sales final.)
The French Sociologist mile Durkheim is commonly cited as the principal architect of modern social science and father of sociology. Principle to the work of Durkheim was his concern with regard to how modernity was effecting traditional social and religious institutions, more specifically with how societies could maintain their integrity and coherence in an era in which new social institutions have come into being. One of his principles works, "The Elementary Forms of Religious Life" is a comparative theory of the religious lives of ancient and modern societies and the sociological influence of their respective religious institutions. Durkheim argues that the essence of religion is the concept of the sacred and it is this single phenomenon that is common to all religions. The work extensively discusses the concept of the sacred by examining the worship of totems in ancient religions and by arguing that modern societies have displaced this totemism by ascribing a new form of sacredness to the individual and individual rights. "The Elementary Forms of Religious Life" is a compelling exposition on the impact of religious institutions in ancient and modern life and a worthy read for anyone interested in religious or sociological studies.