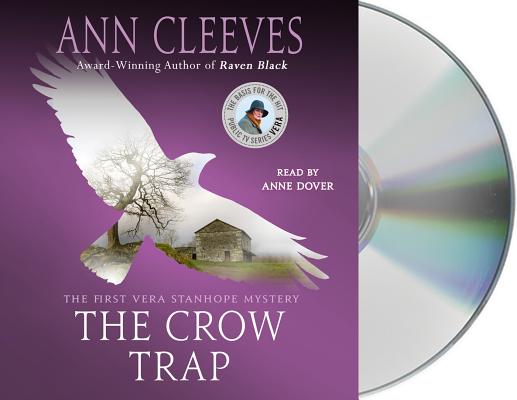 This is book number 1 in the Vera Stanhope series.

From Ann Cleeves—New York Times bestselling and award-winning author of the Vera and Shetland series, both of which are hit TV shows—comes The Crow Trap, the first in the Vera Stanhope series.

“Ann Cleeves is one of my favorite mystery writers.”—Louise Penny

Three very different women come together to complete an environmental survey on the Northumberland countryside. Three women who, in some way or another, know the meaning of betrayal....For team leader Rachael Lambert the project is the perfect opportunity to rebuild her confidence after a double-betrayal by her lover and boss, Peter Kemp. Botanist Anne Preece, on the other hand, sees it as a chance to indulge in a little deception of her own. And then there is Grace Fulwell, a strange, uncommunicative young woman with plenty of her own secrets to hide...

When Rachael arrives at the cottage, however, she is horrified to discover the body of her friend Bella Furness. Bella, it appears, has committed suicide--a verdict Rachael finds impossible to accept.

Only when the next death occurs does a fourth woman enter the picture--the unconventional Detective Inspector Vera Stanhope, who must piece together the truth from these women's tangled lives in The Crow Trap.

ANN CLEEVES is the multi-million copy bestselling author behind three hit television series—Shetland, starring Douglas Henshall, Vera, starring Academy Award Nominee Brenda Blethyn, and The Long Call, starring Ben Aldridge—all of which are watched and loved in the United States. All three are available on BritBox.

The first Shetland novel, Raven Black, won the Crime Writers' Association Gold Dagger for best crime novel, and Ann was awarded the CWA Diamond Dagger in 2017. She was awarded the OBE in 2022 for services to reading and libraries. Ann lives in the United Kingdom.

"It's a dark, interesting novel with considerable emotional force behind it." --The Spectator

“Nothing short of riveting." --Louise Penny

"Creates a dark enough mood to keep you straining to see what will come to light next." --People

"Gripping from start to finish." --Booklist

"In true Christie fashion, Cleeves once more pulls the wool over our eyes with cunning and conviction." --Colin Dexter

"Ann Cleeves is a skillful technician, keeping our interest alive and building slowly up to the denouement. Her easy use of language and clever story construction make her one of the best natural writers of detective fiction." —Sunday Express (UK)

If you're a fan of Frances Fyfield, Minette Walters, or Val McDermid, get to know Cleeves. —Globe and Mail (Canada)