Tracing the Path of Yoga: The History and Philosophy of Indian Mind-Body Discipline (Hardcover) 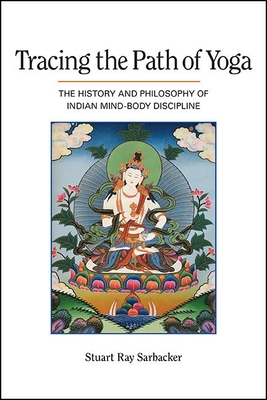 Tracing the Path of Yoga: The History and Philosophy of Indian Mind-Body Discipline (Hardcover)


Special Order - Subject to availability
Clear, accessible, and meticulously annotated, Tracing the Path of Yoga offers a comprehensive survey of the history and philosophy of yoga that will be invaluable to both specialists and to nonspecialists seeking a deeper understanding of this fascinating subject. Stuart Ray Sarbacker argues that yoga can be understood first and foremost as a discipline of mind and body that is represented in its narrative and philosophical literature as resulting in both numinous and cessative accomplishments that correspond, respectively, to the attainment of this-worldly power and otherworldly liberation. Sarbacker demonstrates how the yogic quest for perfection as such is situated within the concrete realities of human life, intersecting with issues of politics, economics, class, gender, and sexuality, as well as reflecting larger Indic religious and philosophical ideals.
Stuart Ray Sarbacker is Associate Professor of Philosophy and Religion at Oregon State University. He is the author of Samādhi: The Numinous and Cessative in Indo-Tibetan Yoga, also published by SUNY Press, and (with Kevin Kimple) The Eight Limbs of Yoga: A Handbook for Living Yoga Philosophy.