The News Where You Are (Compact Disc) 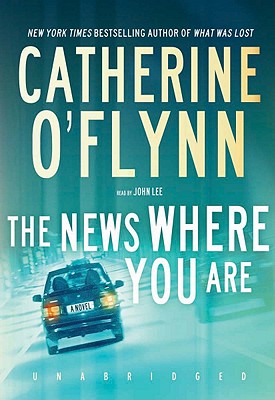 The News Where You Are (Compact Disc)


Special Order - Subject to availability
Frank Allcroft, a television news anchor in his hometown, is on the verge of a midlife crisis. Beneath his famously corny on-screen persona, Frank is haunted by loss: the mysterious hit-and-run that killed his predecessor and friend, Phil, and the ongoing demolition of his architect father's monumental postwar buildings. And then there are the things he can't seem to lose, no matter how hard he tries: his home, for one, on the market for years; and the nagging sense that he will never quite be the son that his mother--newly ensconced in an assisted-living center--wanted. As Frank uncovers the shocking truth behind Phil's death and comes to terms with his domineering father's legacy, it is his beloved young daughter, Mo, who points him toward the future. This spirited literary mystery is a funny and moving exploration of what we do and don't leave behind.