Psychology of the Unconscious (Hardcover) 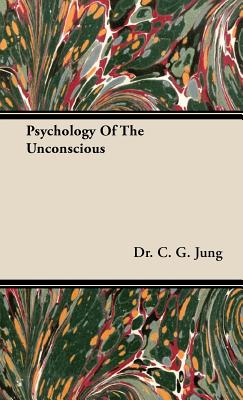 Psychology of the Unconscious (Hardcover)


Not on our shelves. Usually ships in 2-5 days.
(This book is nonreturnable. Nonreturnable books may take up to 3 weeks to ship. All sales final.)
This fascinating book contains a study of the psychology of the unconscious by the well known Swiss psychiatrist and founder of analytical psychology, Dr. Carl Gustav Jung. It is highly recommended for the bookshelf of anyone with an interest in psychology.Translator's Note: 'That humanity is seeking a new message, a new light upon the meaning of life, and something tangible, as it were, with which it can work towards a larger understanding of itself and its relation to the universe, is a fact I think none will gainsay. Therefore, it has seemed to me particularly timely to introduce to the English-speaking world Dr. Jung's remarkable book, 'Wand lungen und Symbole der Libido.' In this work he has plunged boldly into the treacherous sea of mythology and folklore, the productions of the ancient mind and that of the common people, and turned upon this vast material the same scientific and painstaking method of psychologic analysis that is applied to the modern mind, in order to reveal the common bond of desire and longing which unites all humanity, and thus bridge the gaps presumed to exist between ancient and widely separated peoples and those of our modern time. The discovery of this under-current affecting and influencing ancient peoples as well as modern serves as a foundation or platform from which he proceeds to hold aloft a new ideal, a new goal of attainment possible of achievement and which can be intellectually satisfying, as well as emotionally appealing: the goal of moral autonomy...'