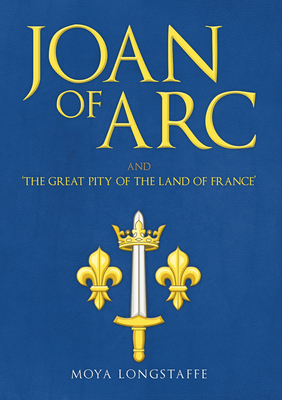 
Special Order - Subject to availability
Joan of Arc’s life and death mark a turning point in the destiny both of France and England and the history of their monarchies. ‘It is a great shame,’ wrote Étienne Pasquier in the late sixteenth century, ‘for no one ever came to the help of France so opportunely and with such success as that girl, and never was the memory of a woman so torn to shreds.’Biographers have crossed swords furiously about her inspiration, each according to the personal conviction of the writer. As Moya Longstaffe points out: ‘She has been claimed as an icon by zealous combatants of every shade of opinion, clericals, anticlericals, nationalists, republicans, socialists, conspiracy theorists, feminists, yesterday’s communists, today’s Front National, everyone with a need for a figurehead. As George Bernard Shaw said, in the prologue to his play, “The question raised by Joan’s burning is a burning question still.”’By returning to the original sources and employing her expertise in languages, the author brings La Pucelle alive and does not duck the most difficult question: was she deluded, unbalanced, fraudulent ? or indeed a great visionary, to be compared to Catherine of Siena or Francis of Assisi?
Moya Longstaffe is a retired Senior Lecturer in French at the University of Ulster, having previously taught at the universities of Bristol. Edinburgh, Heriot-Watt (Edinburgh), Caen and Belfast. She is the author of Metamorphoses of Passion and the Heroic in French Literature: Corneille, Stendhal, Claudel (Edwin Mellen Press) and The Fiction of Albert Camus: A Complex Simplicity (Peter Lang). She has researched the life and trial of Joan of Arc from primary sources over several years.