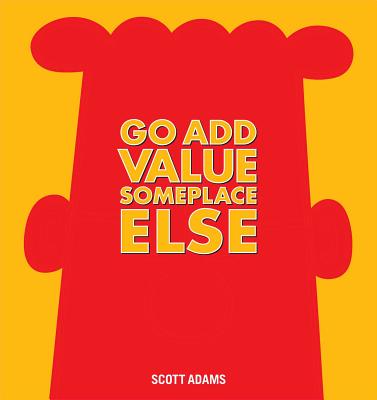 This is book number 42 in the Dilbert series.

He's the icon of millions of corporate workers, the most popular cubicle dweller on this planet. He spends his days in endless meetings with incompetent supervisors, performing perfunctory tasks mixed with the occasional team-building, brainstorming, or management fad-of-the-day session. He has entertained us for more than two decades: He's Dilbert.

Does Dilbert creator Scott Adams have a hidden camera in your office--or is he just completely in tune with the inept managers, wacky office politics, and nonsensical leadership practices that seem to run wild at your company?

Stop looking for the camera. Dilbert has become a hugely successful strip because Adams feels your pain. How? Because this former employee of a major telecommunications company has been there. He's seen the road to failure firsthand. And he knows that to successfully navigate the ludicrous world of business, you can't expect common sense to prevail, you need to keep a sense of humor, and above all, you must always be ready to blame the other guy.

The strip's enormous popularity stems from the fact that its millions of readers easily identify with the crazy plots and wacky characters found within the corporate environment. Sure, most companies don't have a bespectacled engineer with a tie permanently curled up, a cynical talking dog, and a manager with two pointy tufts of hair. But it's the outrageous things Dilbert characters do and say that leave readers knowingly nodding their heads and, of course, laughing uproariously. The antics of Dilbert's cast are based not only on Adams's own corporate experiences, but on the numerous e-mails he receives each day about the office dramas of his devoted fans.
What started as a doodle has turned Scott Adams into a superstar of the cartoon world. Dilbert debuted on the comics page in 1989, while Adams was in the tech department at Pacific Bell. Adams continued to work at Pacific Bell until he was voluntarily downsized in 1995. He has lived in the San Francisco Bay Area since 1979.