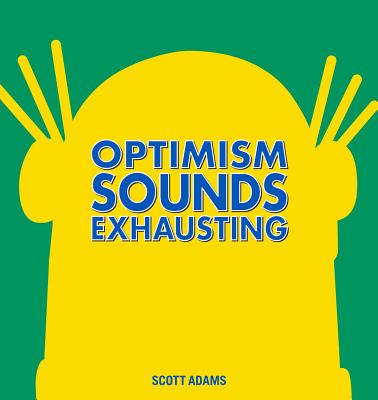 This is book number 43 in the Dilbert series.

Does Scott Adams really have a hidden camera in your cubicle?

Dilbert, the cubicle-dwelling drone, is at his satirical best with this new collection of cartoons. Dilbert has managed to keep up with technology like iPads and Twitter over the years, as well as advanced systems like the Disaster Preparedness Plan that has its followers eating the crumbs from their keyboards. It doesn’t get any more sophisticated than that.

It’s an office code violation to be this good after so many years, but Dilbert keeps doing what he does best: passive-aggressively out-witting his superiors and exercising conflict avoidance. And he is so good. No wonder office drones and workforce automatons alike can’t resist the cold embrace of Dilbert’s workplace.
What started as a doodle has turned Scott Adams into a superstar of the cartoon world. Dilbert debuted on the comics page in 1989, while Adams was in the tech department at Pacific Bell. Adams continued to work at Pacific Bell until he was voluntarily downsized in 1995. He has lived in the San Francisco Bay Area since 1979.