Cubicles That Make You Envy the Dead (Dilbert #46) (Paperback) 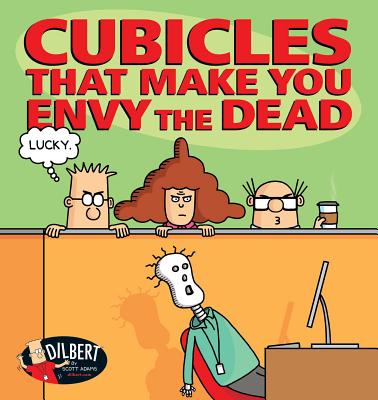 Cubicles That Make You Envy the Dead (Dilbert #46) (Paperback)

This is book number 46 in the Dilbert series.

"The cartoon hero of the workplace"
--San Francisco Examiner

Dilbert is the cubicle-bound star of the most photocopied, pinned-up, downloaded, faxed, and e-mailed comic strip in the world.

As fresh a look at the inanity of office life as it brought to the comics pages when it first appeared in 1989, this new Dilbert collection comically confirms to the working public that we all really know what's going on. Our devices might be more sophisticated, our software and apps might be more plentiful, but when it gets down to interactions between the worker bees and the clueless in-controls, discontent and sarcasm rule, as only Dilbert can proclaim.
What started as a doodle has turned Scott Adams into a superstar of the cartoon world. Dilbert debuted on the comics page in 1989, while Adams was in the tech department at Pacific Bell. Adams continued to work at Pacific Bell until he was voluntarily downsized in 1995. He has lived in the San Francisco Bay Area since 1979.