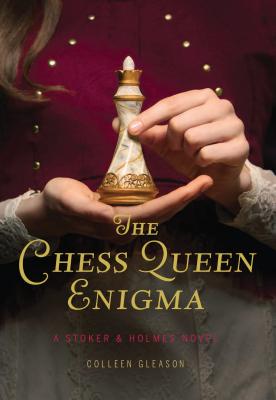 Evaline Stoker and Mina Holmes have reluctantly agreed to act as social chaperones and undercover bodyguards for Princess Lurelia of Betrovia, who has arrived in London to deliver a letter that details the secret location of an ancient chess queen that's been missing for centuries. But when the letter—which will heal a centuries-old rift between England and the Betrovians—is stolen out from under Evaline and Mina's watchful eyes, the two girls are forced into a high-stakes race to ensure they find the chess queen before anyone else does.
Colleen Gleason is the award-winning, New York Times bestselling author of more than two dozen novels, including the Stoker & Holmes series and the internationally bestselling Gardella Vampire Chronicles. She lives in the Midwest.