The Peanuts Book: A Visual History of the Iconic Comic Strip (Hardcover) 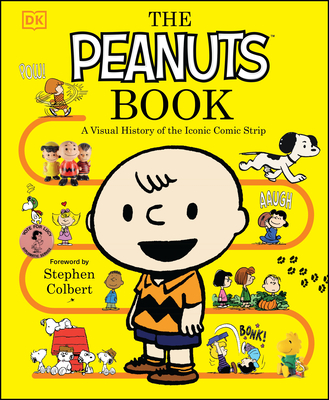 The Peanuts Book: A Visual History of the Iconic Comic Strip (Hardcover)


On Our Shelves Now. Click on title for location specific availability.
From the backyard to outer space, Charles M. Schulz's Peanuts has been charming the world for more than 70 years.

In this celebration of Schulz and his beloved work, explore rarely seen sketches, influential comic strips, and collectors' artifacts. Pore over evolving artworks of Snoopy, Charlie Brown, and the gang. Chart the rich history of Peanuts as it grew to become the world's favorite comic, and travel from 1950 to the present day, from California to Japan. Every page of this visual guide is an exhibition to treasure. Discover the enduring and nostalgic charm of Peanuts in this stunning anniversary book.

With a foreword by Stephen Colbert.

© 2020 Peanuts Worldwide LLC
Simon Beecroft is a British author and lifelong Peanuts fan. He was born in London, where he currently lives. His best-known book is the New York Times bestselling LEGO Star Wars: The Visual Dictionary, which has sold more than 2,000,000 copies, and which in 2016 was held in more than 1,000 libraries. In all, he has written more than 30 other books. Selected works include Star Wars Character Encyclopedia (which has sold more than 1,000,000 copies), Star Wars: Luke Skywalker's Amazing Story, and Star Wars: Beware the Dark Side, all published by Dorling Kindersley (DK).