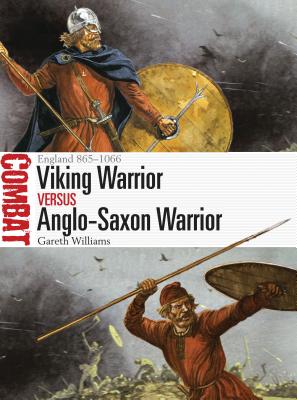 In the two centuries before the Norman invasion of England, Anglo-Saxon and Viking forces clashed repeatedly in battle, with mixed success for both sides. After the Vikings defeated three out of the four great Anglo-Saxon kingdoms and came close to defeating the fourth in the 860s and 870s, they conquered and settled large areas of England. The surviving West Saxon kingdom in turn conquered the Viking settlements in England to create the first unified English kingdom in the mid-10th century, before a new wave of Viking raids led to the Danish conquest of England in 1016. Fifty years later a Norwegian army sought to conquer England again, under the leadership of the celebrated Viking warrior Harald Hard-Counsel. His defeat at Stamford Bridge in 1066 is often seen as the end of the Viking age in England.

The two sides are seen as very different in popular perceptions, but how much are these differences based on fact, and how much on the bias of the surviving contemporary accounts and later historical traditions? And how far did the two sides learn from each other in the course of 200 years of conflict? Drawing upon historical accounts from both English and Scandinavian sources, and on archaeological evidence, Gareth Williams presents a detailed comparison of the weaponry, tactics, strategies and underlying military organization of the Anglo-Saxons and Vikings, and considers the developments which took place on both sides between the arrival of the Vikings' 'Great Raiding Army' in 865 and the battle of Stamford Bridge.

Gareth Williams is Professor of Classics at Columbia University, USA. He is author of numerous works including Pietro Bembo on Etna: The Ascent of a Venetian Humanist (2017).

Peter Dennis was inspired by contemporary magazines such as Look and Learn, leading him to study Illustration at Liverpool Art College. Peter has since contributed to hundreds of books, predominantly on historical subjects, including many Osprey titles. A keen wargamer and modelmaker, he is based in Nottinghamshire, UK.
"This is also a great reference for the figure modeler for this era. The color plates provide a great depiction of the typical attire, as well as the weapons in use at the time. If you own one the previous releases in the Combat series, you know what you are getting. If this is your initial entry into this series, you will be quite pleased." - IPMS/USA