Writers on... Nature: A Book of Quotations, Poems and Literary Reflections (Paperback) 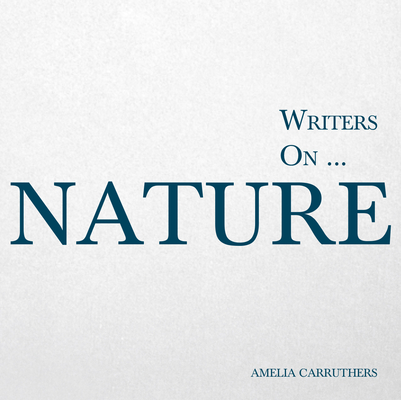 Writers on... Nature: A Book of Quotations, Poems and Literary Reflections (Paperback)

This is book number 6 in the Writers On... series.

The 'Writers on...' series is a collection of extracts, anecdotes, quotations and occasional philosophical musings from the world's most influential authors. It celebrates writers who have an individual, creative outlook on the world; on subjects from 'drink' to 'death', and 'love' to 'libraries'. Starting with ancient civilisations and moving towards the present day, this collection of intellectual and often humorous reflections provides a fascinating insight into a vast array of topics. What all these issues have in common though, is that in some way they have all enthused, influenced, ensnared or concerned the greatest writers of the day. Writers on Nature illustrates the complex - at times spiritual, animal, intellectual and emotional - relationships between writers and the environment. It is a connection as essential as it is intense, and joyous as it is painful. This anthology allows for an appreciation of the literary world's greatest reflections on the place we all call home - Nature.